Unfortunately tonight there were a few more unexpected Application errors and delayed or longer running jobs between 1:25am–4:55am CEST (4:25pm–7:55pm) in the US region.

We have experimented with different storage drives (swapping from SSD to throughput optimized HDD) which lead to initial issues with building Custom Science apps. Attempts to provision further resources lead to too many running jobs at once (you could see "SQLSTATE[HY000] [1040] Too many connections" in the failed app events) and removing some of the additional resources could have yielded some other Application errors too.

We hope we'll be able to stabilize this whole unfortunate situation as soon as possible and we're very sorry for inconvenience.

Unfortunately we we're unable to find a fix for yesterday's failures, so on Thursday June 7th between 3:49am CEST and 7:38am CEST (1:49am–5:38am UTC, 6:49pm–10:38pm PT) there was an increased application error rate on our Docker host instances in the US region.

The servers are now stabilized and it is safe to restart the failed jobs.

We're sorry for this inconvenience.

On June 6th between 2:15am CEST and 2:35am CEST (5:15pm PT and 5:35pm PT, 12:15am UTC and 12:35am UTC) there was an increased rate of application errors on one of our Docker host instances in the US region. The instance is now fully operational and the jobs are safe to restart.

Furthermore one of our EU region Docker host instances went down at 6:56am CEST and caused a few unexpected application errors. There is a new one in place, we recommend restarting any failed jobs.

We're sorry for this inconvenience, we're working on preventing these errors in the future.

Between April 28 2:30 and 3:15 UTC﻿ there was a high rate of application errors on one of our instances processing component jobs.

The instance was under heavy load and we're investigating the root cause. Instance is now back to normal and is safe to restart the jobs.

We're sorry for any inconvenience.

Since Friday April 8, 2018, the SQLdep functionality in Transformations was returning an error. This was fixed today. 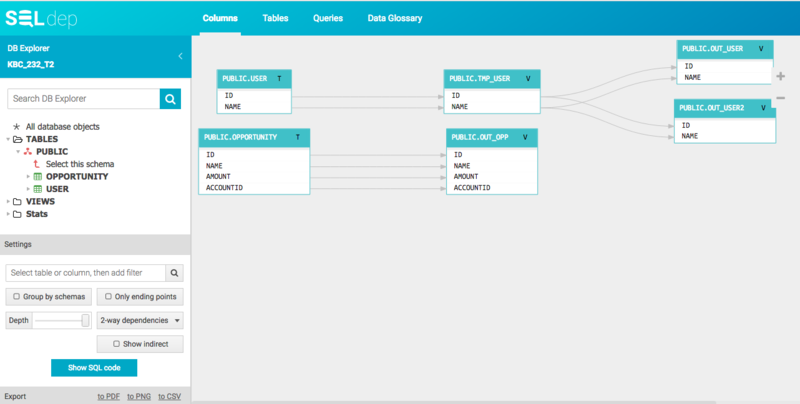 We're sorry for this inconvenience.

3:55pm CEST: Not only starting, existing sandboxes do not seem to respond.

4:20pm CEST: Sandboxes are starting again. All previous sandboxes are deleted. We're sorry for this inconvenience. 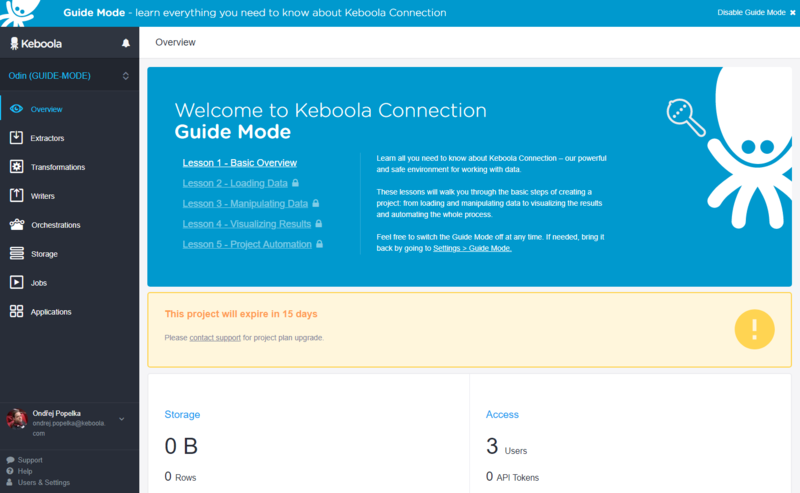 Another one joins the band. 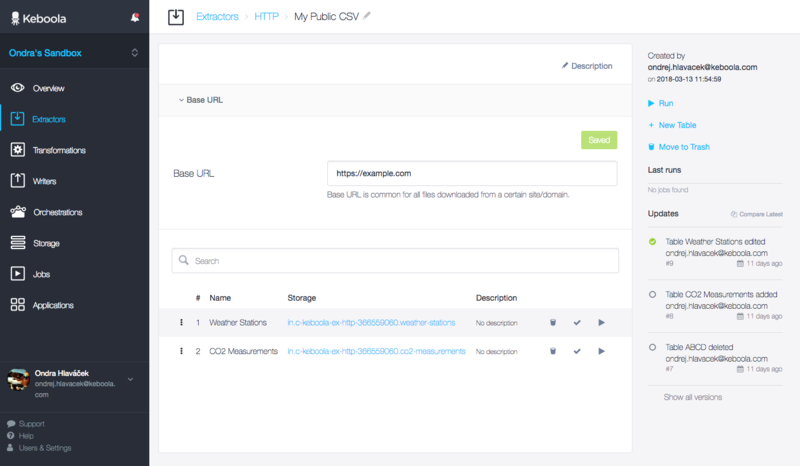 In our effort to replace Restbox with modern components, the next logical step was the HTTP(s) extractor. It allows you to download a single CSV file or a compressed, publicly available file and import them into a single table in Storage. In case you have more public files to download from a single domain, the UI allows you to reuse the same base URL for more files. 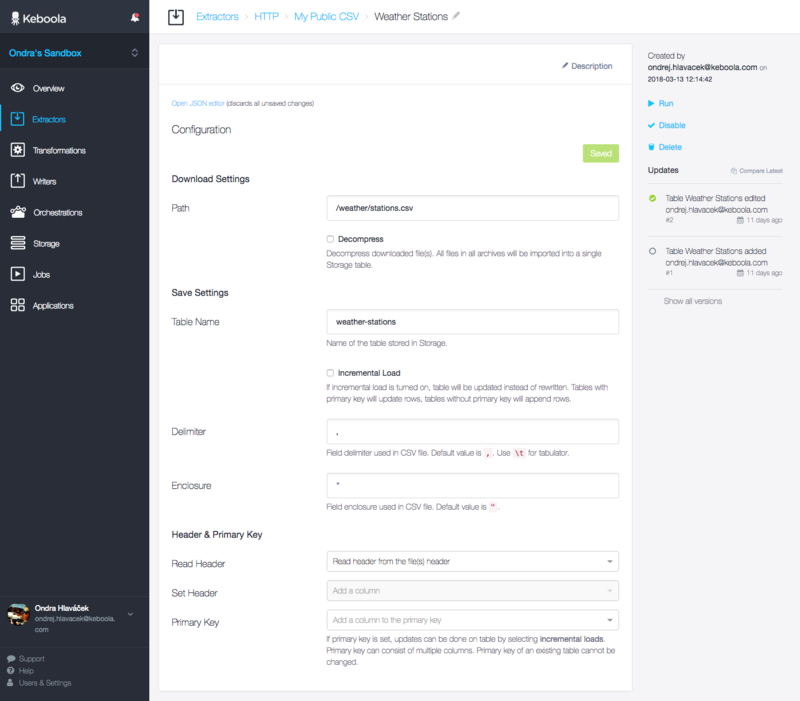 The UI of the new extractor supports many features out of the box, but the extractor is not limited by its UI: it's another component that supports processors. So your CSV file can be invalid, in a weird charset, pivoted or mutilated in some other way, and there's tooling to get that fixed. 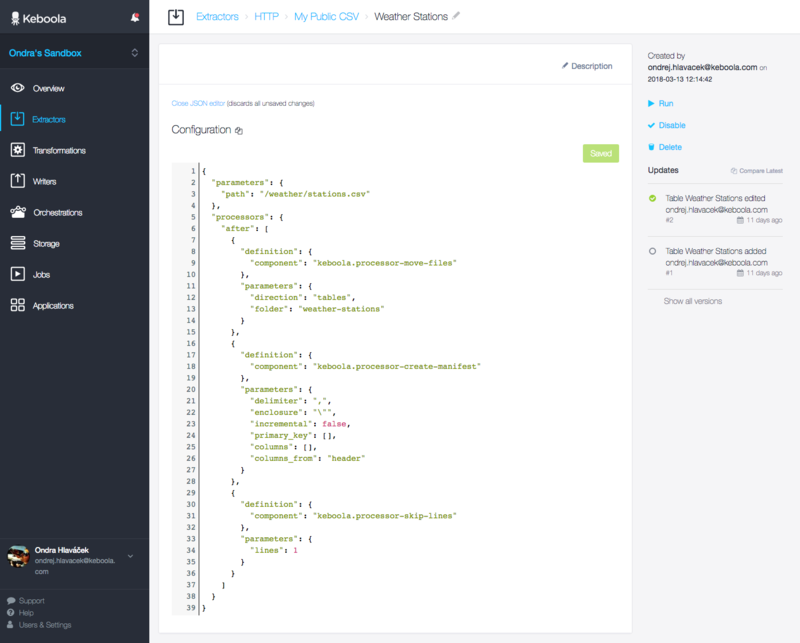 The list of available processors will be kept and updated in the Developer Portal list of components. A full description of the extractor is available in our documentation.

This one took us a while, but we believe it's worth it. We carefully gathered feedback and made the most commonly used features accessible through a new streamlined UI. And there's even more under the hood. 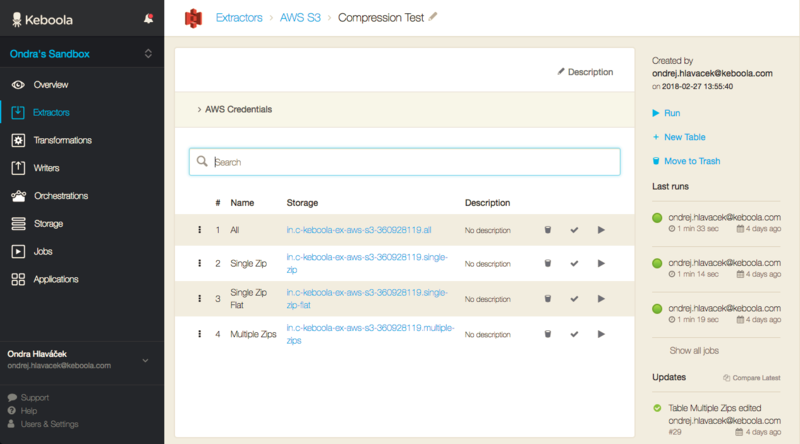 The original AWS S3 extractor was renamed to Simple AWS S3. It stays fully supported and is not being deprecated. There's no need to migrate your configurations.

There are several major differences between the original and the new extractor. The new AWS S3 extractor 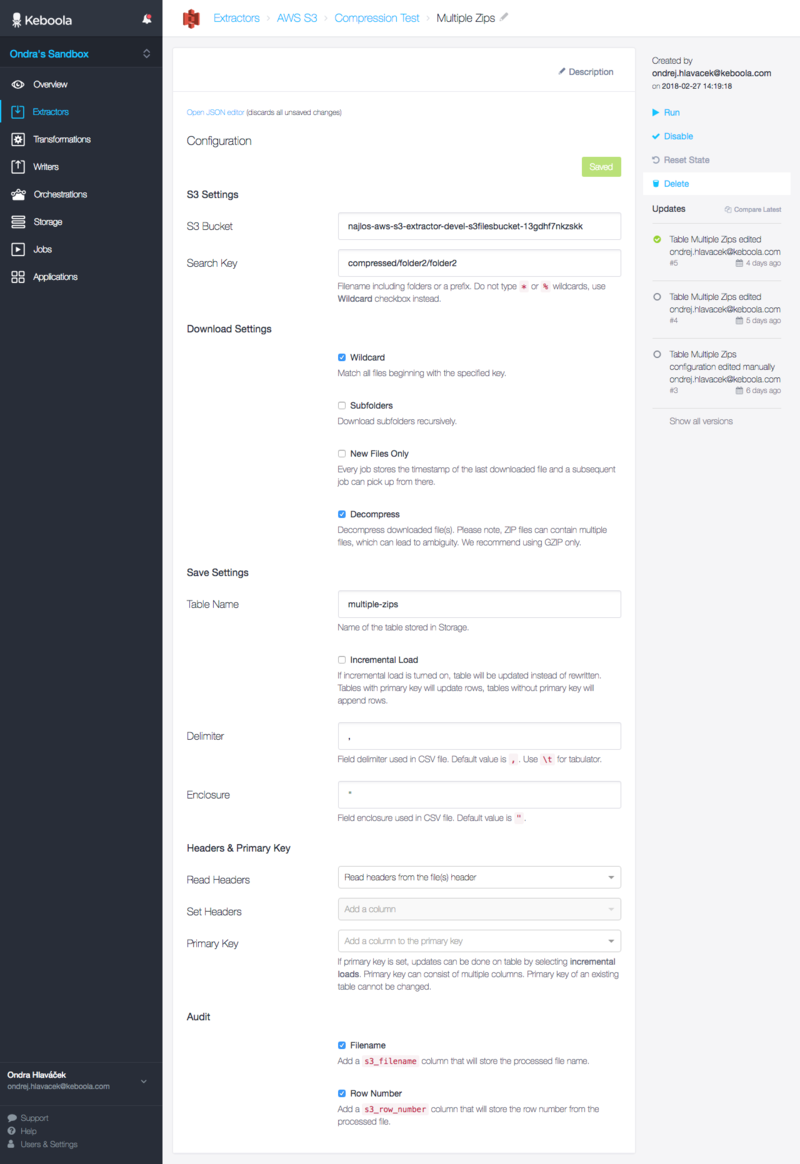 The UI of the new extractor supports many features, but the extractor is not limited by its UI: it is the first component that openly supports processors. Opening the JSON editor (aka Power User Mode) opens up the configuration to endless possibilities. The extractor itself does only a simple job – downloads a set of files from S3. All other jobs (decompression, CSV fixing, setting the manifest file, etc.) are delegated to processors. You can order and configure the processors so that they handle the files as required. You can even develop your own processor in case you're missing something. We're fully aware that this is not an easy concept to grasp, but it's intended for advanced users. Not advanced? Use the UI. 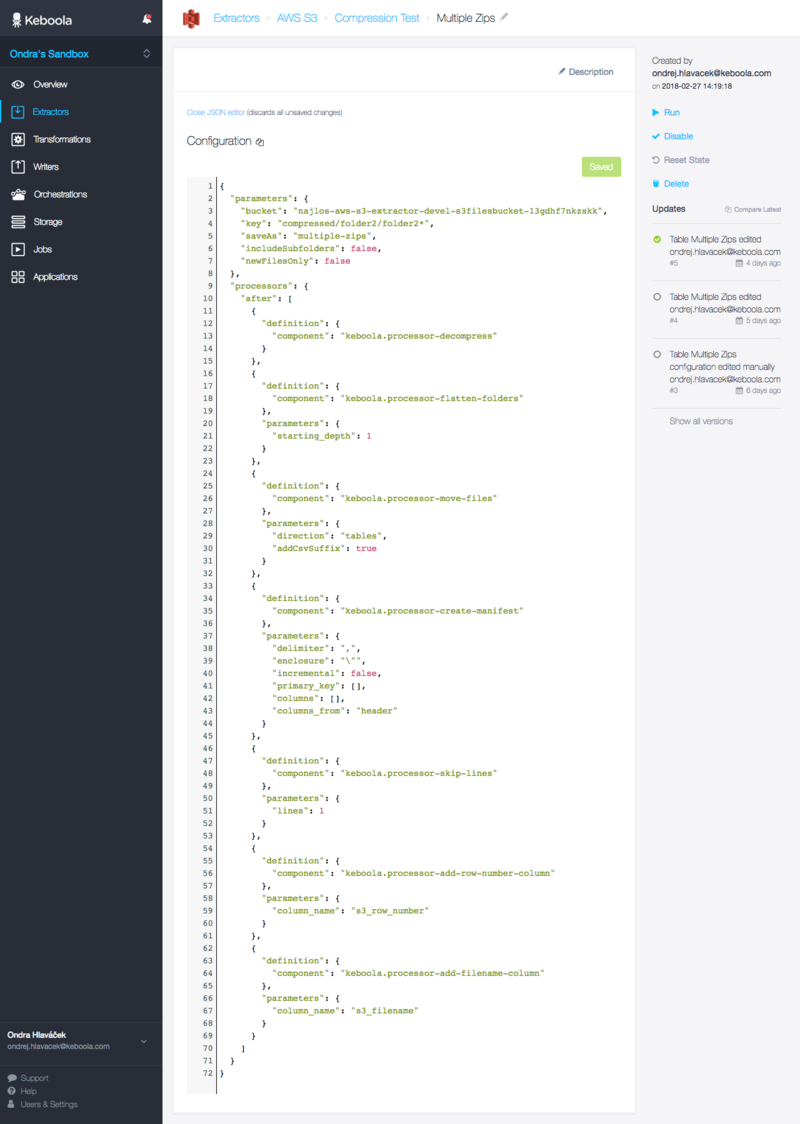 The list of available processors will be kept and updated in the Developer Portal list of components. A full description of the extractor is available in our documentation.

One step closer to replacing legacy Restbox. The HTTP extractor will follow shortly.