We have released a new version of GoodData writer. It runs fully in our Docker infrastructure and so uses its full potential.

The UI was rewritten and the UX was brought closer to other writers. The component itself handles only updates of data model and data loads. Provisioning of projects and users is a standalone app with backend in AWS Lambda and is used by the ui seamlessly. (You can look to API documentation in Apiary.)

Other custom features of the old Writer like mandatory user filters and cloned projects have to be handled in a custom way outside of the Writer.

The old Writer was unpublished but you can still use existing configurations. Its depreciation and a way of configuration migration will be announced in the near future. But you are strongly encouraged not to create new configurations anymore. 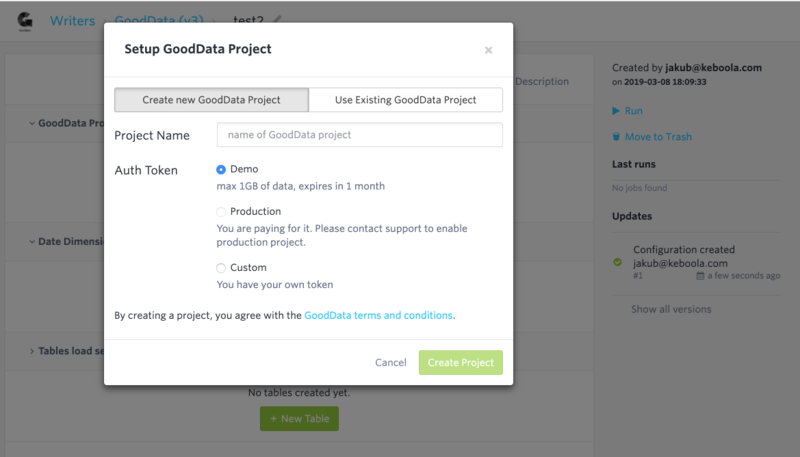